Using Computer Science History to Change the Face of IT

Along with big hair and shaker knit sweaters, the 1980s brought with it an introduction of personal computing into the classroom. Imagine a time when teachers did not have computers on their desks. There were no smart boards, PowerPoint presentations, or YouTube. In its place were overhead projectors, chalkboards and if we were lucky, and film strips with its unmistakable beep when it was time to advance the image. My school was lucky. In the early 1980s, for one month of the school year our science lab was converted to a computer lab. Our science teacher Mr. K would painstakingly connect a local network of Radio Shack TRS 80s that rotated through the school division to teach us programming in BASIC. It was the combination of puzzle solving and creativity that hooked me right away. By the tender age of 14 I knew that’s what I wanted to do when I grew up.

My supportive parents bought for my brother and I a Commodore VIC 20 which we connected to an old black and white television we had in the basement. The only real memory it had was a cassette reader; like a Walkman but less functional and less portable. Saturday mornings I forewent the cartoons and neighborhood game of hide and seek to attend computer classes that were held in a storefront not far from our home. It was still unusual in the mid-1980s that high schools would have computer science classes; however, my high school did and was taught by a willing teacher from the math department, Mr. M. The one computer lab that held computer science classes for grades 10, 11, and 12 on Apple IIs complete with its 5-inch disk drives and monochrome screens was innovative for its time and was a place I thrived.

I continued my academic journey, entering the Faculty of Science at the University of Manitoba with a major in computer science and minor in mathematics. It was in my third year I remember consciously taking note of the gender demographic in the class. There I was in a lecture theatre of approximately 150 students, one of 3 women in the class. Eventually I graduated and began work as a corporate programmer/analyst in the heart of downtown Winnipeg first working at United Grain Growers then with Manitoba Public Insurance.

In the corporate world, there was still a gender disparity. Early tech companies were marketing personal computers to boys and assumed girls would be too busy with the Barbies and Easy Bake Ovens. This gender-based mindset has lingered in the tech community for decades and shaped the future of computer science; “This idea that computers are for boys became a narrative” (Smith, 2020) and forged a computer science workforce landscape to match. Although there were women in the offices I was in, we were in the minority. In sum, it was mostly boys who grew up working on personal computers to become the primary workforce of information technology as without the early exposure to programming and the lack of role models for young women they never saw themselves as programmers or considered it as a career option.

The lack of diversity in any context whether it is gender, cultural, or otherwise is an issue that is now acknowledged and beginning to be resolved. The strength of an industry lies in the diversity of its workforce. (Levine 2020) stated, “… socially diverse groups are more innovative and productive than homogeneous groups.” The gender gap that started in mid-1980 was coming to a head in the North American IT industry. Becoming a computer science educator seemed like a natural progression after a career as a developer and a hiatus to be home to raise my kids. Building a stronger IT education program from the ground up by highlighting the contributions of the underrepresented to computer science and its related fields.

The movement to encourage girls into computer science and other STEM fields has had some success, but regardless of the classroom demographic there are a few simple strategies that can be implemented in any computer science classroom regardless of the gender demographic to aid in attaining gender equality. We can change the conversation in our classrooms to normalize gender equity and we begin to change the male-centric culture within the discipline. “… our work suggests that changing the masculine culture of computer science, engineering, and physics… may be fundamentally important to increasing women’s participation in them” (University of Washington, n.d.).

Within our classrooms we are encouraged to discuss the history of computer science and technology through the inventions and innovations, but not the people involved. How effective would our source code be if we were only concerned with the output with no consideration of the input? When we discuss the people (the input) as well as their inventions (the output) we create a more complete picture and better understanding of the problem and the solution. It is in this model we can address the gender gap within computer science. It is through these discussions we can introduce many of the women and other underrepresented groups who contributed to computer science to our learners. This can begin to break the stereotypes found in computer science and find role models who may not see themselves represented in an average computer science classroom.

As a woman within computer science, I am an example of breaking the gender stereotype still present in the computer science industry. In Dr. Cheyan’s study, (Cheyan et al., 2015) when students were asked to describe a typical computer scientist, they would often utter terms such as “geeky” and “socially awkward”, not at all attributes the majority of female students would strive towards. However, by featuring other women who have made contributions to computer science we can continue to break the stronghold this stereotype has on society and further solidify the important roles women play within the field of computer science. “… exposing students to computer science and engineering environments that do not fit current male-oriented stereotypes may reduce gender disparities in interest in these fields” (Cheryan et al., 2015). Using this philosophy we can transition these ideas to the classroom.

When beginning a new computer science class, I ask my students to name as many people as possible who have or are influencing computer science. Typically, I will get answers like Mark Zuckerberg, Steve Jobs, Bill Gates, and Elon Musk. Our discussion will draw attention to the demographic of the people mentioned and steered towards the many women who have impacted computer science. It is with these historical narratives; their stories, their challenges and overall contributions to the field where we bring history relevant. My students and I have created an ever expanding Computer Science Wall of Fame which highlights several individuals and groups who have made significant contributions to the field. People like Dorothy Vaughn, Grace Hopper, Margaret Hamilton, and of course Ada Lovelace line the walls along with the more traditional additions of Alan Turning, Steve Jobs. and Bill Gates.

The images that line our classroom walls reflect a diverse array of people that comprise the history of computer science. (Latimer, 2021) This ever-expanding list of historical figures reflect a wealth of knowledge to share through their stories and contributions to the field. This is their legacy and should be shared with future computer scientists. The assessment within this learning outcome students research a computer scientist of their choosing and present to their peers. The criteria for this assessment requires students to investigate the challenges their chosen historical figure overcame whether it was gender-based, cultural-based, or environmental as well as the innovations and influence they had in the field. Encouraging students to choose a person from across the globe and from different time periods will widen the variety of historical figures presented. The example shown below (NASA, n.d.), (Deliman, 2020) is an example of the computer science research project featuring Dorothy Vaughan, the pioneer FORTRAN programmer and first woman of color supervisor at NASA. By educating our students beyond the software development lifecycle and fundamentals of programming we gain a connection and understanding of where we came from, where we are going and the pitfalls to avoid on the way.

In my grade 9 Applying Information and Communication Technology class discussing cybersecurity we looked at the history of cryptography citing examples of the remarkable people at Bletchley Park during World War II who aided in breaking the Enigma code (2010. McKay.), and of Jacqueline Jenkins-Nye, American cryptographer who was recruited out of Goucher College by the US Navy to help crack the German, and Japanese codes during World War II, and is the mother of famed scientist, educator, and entertainer, Bill Nye the Science Guy. (Haner. 2108.)

A recent study of female role-models' effect on students showed a positive effect on the belief that girls can be successful in STEM fields. “… female role model intervention has a positive and significant effect on mathematics enjoyment, importance attached to math, expectations of success in math, and girl’ aspirations in STEM, and a negative effect on gender stereotypes” (Gonzales et al., 2020.). Even teaching at an all-boys school it is important to bring attention to the issue of the under representation of women in technology and by viewing it from a social justice perspective we make gender diversity the norm, tearing down gender barriers from the ground up.

When approaching computer science with a social justice lens, and by looking to the past we can create a future of a gender-balanced, unbiased, diverse, and equitable workplace for all. Regardless of the classroom demographic, these social issues can be addressed to educate and inspire positive change in computer science education and beyond. My journey into computer science education may not have been completely unique but my experiences in secondary, post-secondary education, and as a professional developer were the catalyst and now I’m not looking back. The gender gap within Information Technology and Computer Science is here, but not here to stay. When we break masculine stereotypes and present historical events and figures with a gender-balanced approach we can cultivate an inclusive classroom and generate a workforce as diverse as we are.

Little, B. (2017, September 1). When Computer Coding Was a 'Woman's' Job. History.com. https://www.history.com/news/coding-used-to-be-a-womans-job-so-it-was-paid-less-and-undervalued. 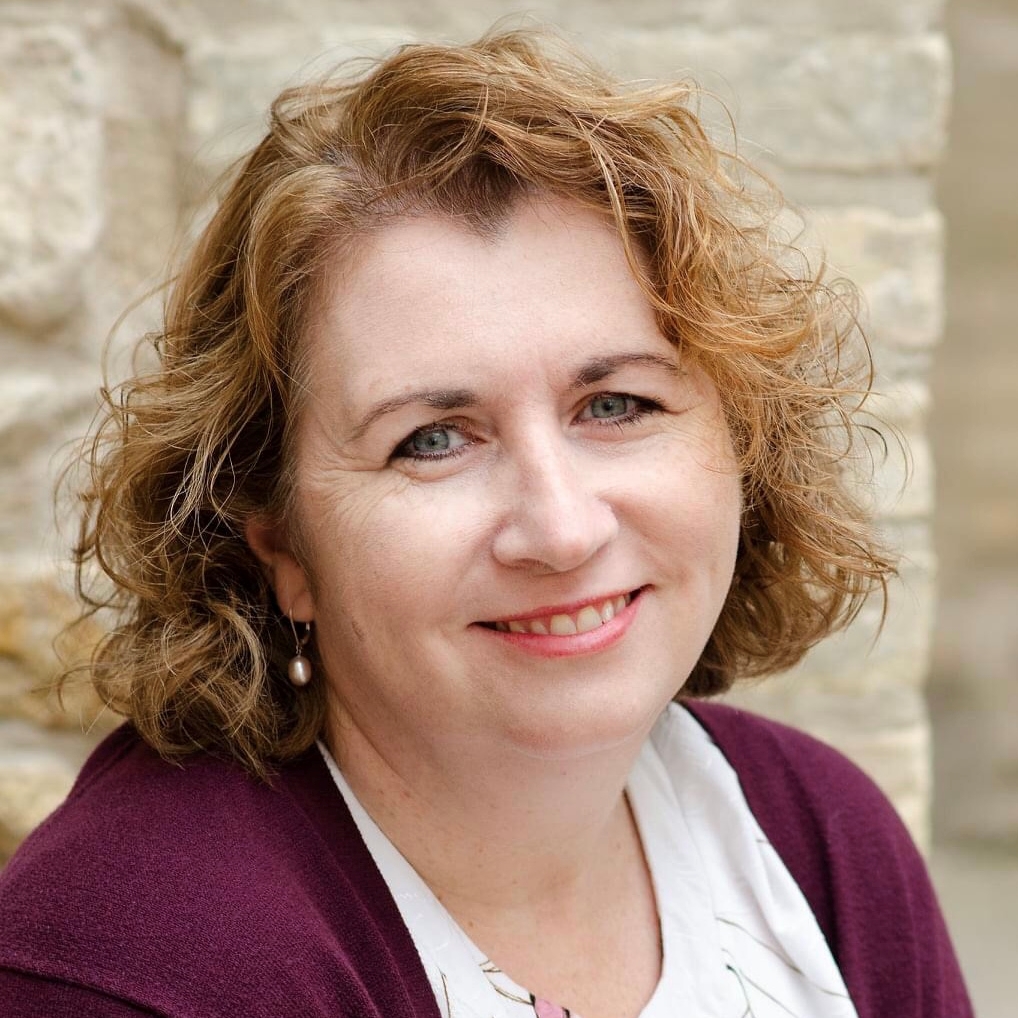