Get tips on how to build regex (regular expressions) and use them for Input/Output test on Coding Rooms IDE.

As you’re probably aware, you can check the functionality of student code with Unit-testing. For example, using C++ this is generally achieved by using external packages such as GoogleTest, CppUnit or Boost.Test. Coding Rooms offers unit test cases with GoogleTest.

You can create test cases in Coding Rooms “Test Bench” on the instructor view of the IDE.

When you click on the “Add” button, you will be able to provide details for your test. In part it will look something like this:

Whenever you are using the Input/Output comparison tests, you are invoking a regular expression (regex) to test whether the student’s answer is correct – or close enough.

Alternatively, you can write your own regex. As you do, here are a few tips:

Each assignment’s test outcome is regarded as “pass/fail”. Either all or none of the points will be awarded for a single test. This can create challenges when the goals include acknowledging partial success or getting a firm understanding on exactly what topics are resonating with the students.

The student is asked to write a script to produce a dialog that:

They are presented a sample dialog:

We’ve left much up to the student here – we want some creativity, after all. They can pick any team and any inspirational message. We did impose the constraint that a blank line is placed before the final output. Here’s how we might set up the test:

This lets the system know we’ll be writing our own regex.

This specifies what input we will provide to the student’s program. Each line of the input corresponds to the programs request for information.

Finally, we provide a regex for each line of text output to the console during our session.

The first two lines are extremely generic and will match anything. (A match means success from the auto-grader’s perspective). We really don’t care what the user provides for prompts for either the team or the message, right?

When you are ready to make sure your test works, you can run it against either the code in the Template or in your Model Solution by choosing one of the buttons at the top of the screen:

In either case, the system will run the code with your input then compare the console contents with the regular expressions you’ve provided. The pass/fail result then shows next to the test’s name. In this case the green “Passed” next to the name of the test (IO test) indicates that the test passed and awarded 1 point.

In the test result, you can see details. First shows the input and output. We can verify that the input is as expected. We can also see exactly what lines of terminal code were output by the student’s program and the regex against which it was evaluated.

Had the test failed a clickable “EXPLAIN DIFFERENCES” text link would appear just over the output. It provides a complete explanation of where and why the failure occurred.

By adding additional test cases, it’s easy to check different permutations of input, insert corner conditions, etc. The tests are completely independent, and each awards its own points. Thus it’s possible to run the easy-to-pass tests first and the “gotcha” tests later.

Please note that that there are some things we couldn’t test directly. For instance, did the student store the user-provided information in varibles? We didn’t have a direct test for this but we tested it indirectly. Otherwise,how else could the output reflect the team name and message?

There are some things we couldn’t test at all. Was the message affirming or snarky? Was the name of a baseball team provided? But that’s OK because these points are peripheral to the learning objective.

Writing your own regular expressions offers significant flexibility around what students can provide as passing solutions. But it does take more work on the instructor’s part. Coding Rooms offers some built-in regex options when the output is well-defined or nearly so.

In this example, students were tested on some of the content in a module regarding C++ string manipulators used for formatting text output.

On November 27, 2021, The University of Michigan defeated Ohio State University in the most-watched football game of 2021. In an upset victory, the then-fifth rated Wolverines prevailed over then then-second rated Buckeyes at the Big House in Ann Arbor.

The final score was printed above using string manipulators like left, right, and setw from the <iomanip> library and cout from the library.

Here, the project is carefully and precisely specified in terms of both contend and aesthetics. It’s a bit tedious and exacting from the perspective of the student – but it gives an exact target. Thus we can use the built-in “Equals exactly” match option …

… and the properly-formatted output provided by the Model Solution:

We can provide feedback that will likely be well-targeted in the event of failure:

Regular expressions (regexes) are a means of searching for, replacing, and extracting characters from text. In the context of auto-grading assignments, regexes are used to match the console output produced by students’ code with the instructors’ definition of what the students’ code should produce.

Regexes can get extremely complicated. We’ll go over some of the fundamentals here demonstrate how to use an online tool as a coach when you need more.

Special codes: Whole classes of characters can be specified using special codes preceded by the escape character \. For instance the code \d means “any digit”. The code \s means “any whitespace character”, including tabs and new lines. The period is a wildcard for any character. This sequence matches anything at all (?s).*

Multiple characters: The * and + are special codes that can be used to match on multiple numbers of the sought-after character. The code X* means “zero or more X”. X+ means “one or more”. To find exactly three, one might use X{3}.

As you can see, regexes are pretty arcane and there is a lot to remember – and we’ve just scratched the surface here. Gratefully, you don’t need to remember much – this is all stuff you can look up.

There’s a good tutorial and cheat sheet here (one of many in the world).

Stackoverflow is your friend. Regexes have been around just about as long as computing itself so you’ll find solutions to all your basic questions and many of your more complicated ones. Many of the solutions you’ll find will be from a different dialect than used in Coding Rooms. But don’t be daunted – the dialects are very close and have a lot of overlap so the answer you find could well work for your use case.

I find the best tool to be regex101.com. It supports Golang regexes as well as other dialects – so you can use as sort of a Rosetta Stone to test regexes you pick up with google searches, make sure that they work as advertised, then translate them as needed.

Here we’ll provide an overview of how to use regex101 for testing your regexes. When you open the tool, you’ll see something like this:

It’s important to note that it does not default to the right dialect of regex. You want to set it so you won’t have surprises later.

… into the I/O testing form.

You’ll note that there are embedded tic marks symbols at the beginning and end. These are used to contain literal strings (to make sure nothing is treated as an escape character). You likely won’t need these. The "gm" at the end holds the global modifier flags ‘g’ and ‘m’. You can read about these in the explanation section, but won’t need them. 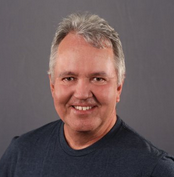